Remember now thy Creator in the days of thy youth, while the evil days come not, nor the years draw nigh, when thou shalt say, ‘I have no pleasure in them’.   (Ecclesiastes 12:1)

[NOTE:  this is not the cabin I lived for 1/2 a year, but it looks similar in size and style.]

This adds another episode to the “Pilgrim Geography” series, first announced in “Remembering Peer Pressure Testings  during Junior High Years,  in Reisterstown and Wards Chapel, Maryland” [posted at https://rockdoveblog.wordpress.com/2020/02/03/remembering-junior-high-years/ ].

Czechs, and folks with Czech ancestors, have been coming to Texas for more than a century.  However, some of us gladly claim our Czech ancestral lineages, yet must do a bit more documentation to prove we are genuine  “Tex–Czechs”,   —   and I resemble that remark.    Yet part of my Czech heritage (which includes both Moravian and Bohemian elements)  includes living in a 17th–century Moravian immigrants’ log cabin (see photo of similar cabin below) during a cold and snowy winter,  prior to my “immigration” to the Lone State.  . . .

After completing junior college in Maryland (Montgomery College at Germantown), I needed to transfer to a four–year university, to complete my undergraduate studies.  Skipping the irrelevant details, I transferred to Wake Forest University in North Carolina, in the fall of AD1980   —   specifically in the historic “twin cities” of Winston–Salem, with emphasis on the “Salem”.

Originally, Salem was a Moravian colony (settled by Moravian Brethren Protestants of the 1600s), located near a site that would eventually be named “Winston”.  The industrial town of Winston grew up and out, eventually enveloping the smaller Moravian settlement of Salem, so the combined metropolitan area became known as “Winston–Salem”, North Carolina.  Tobacco was “king”, there, as the brand-names “Winston” and “Salem” still attest.

Salem, to this day, has a “historic” Moravian town (located by Salem College) which preserves many of the 17th–century Moravian customs and culture, such as Moravian cuisine, Moravian beeswax candles, the multi-pointed 3-D Moravian Christmas stars, etc.

During part of my time attending Wake Forest University, I drove home to Raleigh (where my wife was employed) on the weekends, but rented a cheap place to live that was within driving distance to the university. At first this involved living at a trailer park but that proved to be too expensive to continue beyond the first semester.  So, before the spring of AD1981, due to “student poverty” (if you’ve been there, you know what I mean!), I needed to secure a new form of “student housing”, for my non–weekend lodging.  What I found (and used into the early summer) was certainly “cheap”, but sometimes your “bargain” is not what you expected.

This new “student housing” turned out to be a 17th–century Moravian log cabin.

The dark–brown log cabin was located in a woods five miles from Wake Forest University’s campus, somewhat behind the house of the current owner  (who rented it real cheap,  but “you get what you paid for”).  This five–mile distance was not flat, and I especially recall two steep hills, because  (on days when my car wouldn’t start) I often used a bicycle, unless snow and ice conditions made walking an easier form of travel (which was frequent).

Thankfully, there was a McDonald’s located at the midpoint between my log cabin and the university campus, so I routinely bought a bottomless cup of coffee there, as I warmed up and enjoyed the bright interior lighting, which was easier to read by (when doing homework) than was reading by candlelight or firelight.   The McDonald’s also had running water (for hand-washing), a flush–toilet, and sturdy dining chairs for hours and hours of reading and writing (all the while getting free refills on my coffee).   Yet, probably best of all (for studying), the McDonald’s had very good interior lighting, for reading and writing.  Half the time my Moravian log cabin’s scintilla of electricity didn’t work, for reasons I still don’t understand, so electric light in the cabin was unavailable about as often as it was available.  Many evenings I did my reading and writing by candlelight and/or by firelight, i.e., reading by the firelight put out by the frenzied dancing of warmth-radiating flames blazing in my fireplace.

So, for the spring semester of A.D. 1981, as well as for the summer term of A.D. 1981, a Moravian pioneer’s log cabin was home for me, during week-days.  (On weekends, if my car worked, or if I could get to a bus station, I went home to Raleigh for the weekend, to the apartment where my wife and step-daughter lived.)  This arrangement was rather Spartan, on week-days, as will be explained below.  However, it became apparent that this arrangement must change before the fall semester, due to an addition to our family!  Specifically, my wife became expecting during January A.D. 1981. In time, our son was born in mid-October.  During the final portion of her pregnancy, we needed a new home that was within commuting distance to the university, yet in a city where my wife’s company had an office (so we prayed for an intra-company transfer of her employment).  Just before the fall semester, we moved to Greensboro (N.C.), which was close enough for me to commute to Winston–Salem (to attend school), and for my wife to work at her new (i.e., transferred) employment, at her company’s Greensboro branch office.  But, meanwhile, during January to September (about half of A.D. 1981), I lived five days a week  in the 17th century log cabin, which was located inside a wooded area too far to receive mail delivery form the U.S. Postal Service.

The log cabin itself was a simple Moravian settler’s cabin:  one room,  plus a “loft” (where I found a freshly shed snake-skin, left recently by a very long snake!).  No refrigerator: yet the entire cabin was like a refrigerator, unless a large fire was burning in the fireplace!   One bed.  One chair.  Wood floor.  Two shelves attached to the log walls (one for books, one for food).  Rudimentary electricity had been added to the cabin,  by the cabin’s owner,  to allow for only one electric item to use electricity.   (The qualifying word here is “rudimentary”.)  Lots of bugs and spiders.  Especially lots of spiders.  For example, one could plug in the lamp, to use a light bulb in a lamp (for reading).  Or, one could use the plug for an electric skillet (to heat food).  But not both at the same time.  Also, “multi-strip” electric–chord devices apparently overloaded the circuit, causing the wee flow of electricity to cease, sometimes for days.   (So forget using a multi–strip.)   So, to heat up food, the lamp’s light-bulb provided light to see, while the light was on. (During wintertime the daylight disappears quickly, so light becomes an important issue).   After canned food was poured into the electric skillet, I could light a candle.  Then, seeing by the light of the candle, unplug the electric light–powered lamp, and plug in the electric skillet.  After cooking the food, which can be eaten directly from the electric skillet, unplug the skillet, and plug in the lamp.   Or, eat by candlelight.  (Even today I have fond memories of reading my Old Testament Hebrew Bible by candlelight and/or firelight.)

After eating, use the snow outside to “wash” out the skillet.  (Presumably, if the “dish–cleaning” wasn’t perfect, whatever food germs remained in the skillet, till the next meal, should get cooked to death whenever the skillet was next fully heated up for the “new” food.)     The cabin had thick walls of mortared blackish–brown square–cut logs, forming an interior rectangle of about ten feet by twelve feet.   No indoor plumbing!  (No details beyond that  — except I’ll note here that cold, snowy winter nights are not a good time to have urgent digestive issues!)  And, thankfully, for winter weather, the cabin had a very efficient fireplace.  (The woods next to the cabin supplied all of the firewood needed, month after month.)   In the spring and summer, however, the inside of the cabin was so cool (compared to the outdoor weather) that it felt like air conditioning.  Cheese and pimento keeps (unspoiled) for weeks in a cabin life that, without any refrigerator.   It’s amazing how much cheese and pimento (or peanut butter) one can eat, day after day, week after week, month after month, if you have enough saltine crackers to go with it! (Because I ate so much of it then, I won’t eat it now.) 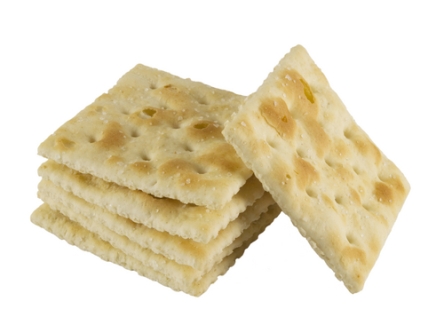 Prior to the fall semester (of A.D. 1981) I gave up my week-day lodgings at the Moravian log cabin, when we rented an apartment in Greensboro (North Carolina), from which I could commute to the university, while my wife worked in Greensboro. Surely my college education would have been impossible without my wife working, to put me through school – so she deserves my unending gratitude for this and many other lovingkindnesses to me (over the past three-decades-plus).  And during this time our daughter (my step-daughter, if you want to get “technical”) attended school in Greensboro.  In October of A.D. 1981, not that long after my “Moravian log cabin days” concluded, our energetic baby boy was born.

This “Czech-into-Texas” journey is now about over. After Wake Forest University, I attended the University of North Carolina at Chapel Hill, for my first doctoral program.  Even during that time, however, I kept an eye on Texas (since my wife is a native Texan; need I say more?).  After completing my first doctorate, I accepted a challenging job in the Rio Grande Valley of Texas.  In A.D. 1986, our family relocated to the greater Dallas area, where we have been ever since.

So, biogenetically speaking, I (providentially) finally got my “Czech into Texas”.