Who Supplied the Food for the First Thanksgiving? 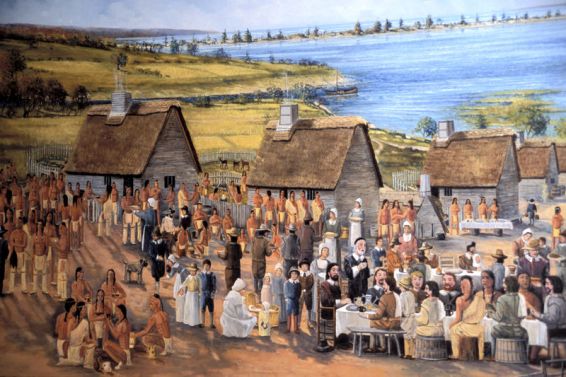 And that ye study to be quiet, and to do your own business, and to work with your own hands, as we commanded you; 12 That ye may walk honestly toward them that are without [outside], and that ye may have lack of nothing. (1st Thessalonians 4:11-12)

Let him that stole steal no more: but rather let him labor, working with his hands the thing which is good, that he may have to give to him that needeth. (Ephesians 4:28)

Recently my happy-hearted 5-year-old grandson was taught a little Thanksgiving song, in kindergarten. It was a catchy tune, yet some lyrics contained a PC (i.e., politically corrupt) “gotcha”. The little ditty went something like this:

The Indians brought the food; the Pilgrims set up the table…

Of course, I chose not to admonish my enthusiastic grandson that the little chorus was historically twisted – revisionist “history” in song – giving the impression that the Pilgrims were just invasive “takers”, as if the Indian natives alone provided all the food eaten during the first Thanksgiving in Plymouth. But it bugged me (and it continues to bug me) that trusting kindergartners are misled into believing that it was (only) the Indian natives who provided food for that feast – with the (supposedly) generosity-challenged Pilgrim Christians providing only the banquet table!

But what is the real history of how that feast happened? Who supplied the food that was eaten, then? Was the food supply one-sided, or did both Indians and Pilgrims bring food to the “groaning-board” tables? As shown below, it was a shared meal, supplied by both Pilgrims and Indians. In fact, sharing took place in other ways, as well, such as in agriculture techniques. Indians taught Pilgrims to plant corn with fish offal; the Pilgrims taught Indians to increase their crop yields by using planting furrows. (“Win-win” mutual aid was frequent, then.) 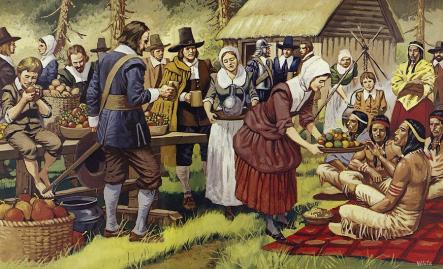 One of the original Pilgrims, William Bradford, kept a careful chronicle of the important events at Plymouth, and he reported the context of the Pilgrim’s harvest-time during the fall of AD1621:

[During the autumn of AD1621 the Plymouth Pilgrims, with the help of Indian friends, such as Squanto and Hobbamock] found the Lord to be with them in all their ways, and to bless their outgoings and incomings, for which let His holy name have the praise forever, to all posterity.

They began now to gather in the small harvest they had, and to fit up their houses and dwellings against winter, being all well recovered in health and strength and had all things in good plenty. For as some were thus employed in affairs abroad, others were exercised in fishing, about cod and bass and other fish, of which they took good store, of which every family had their portion.

All the summer there was no want; and now began to come in store of fowl, as winter approached, of which this place did abound when they came first (but afterward decreased by degrees).

And besides waterfowl there was a great store of wild turkeys, of which they took many, besides venison, etc. Besides they had about a peck a meal a week to a person, or now since harvest, Indian corn to that proportion. Which made many afterwards write so largely of their plenty here to their friends in England, which were not feigned but true reports.

[Quoting William Bradford, Of Plimouth Plantation 1620-1647 (Alfred A. Knopf, 1989; edited by Samuel Eliot Morison), page 90.]  Other sources provide information about the many crops that were grown, and fruits that were gathered, by the Pilgrims.   [See, e.g., Barbara Rainey, THANKSGIVING: A TIME TO REMEMBER (Crossway, 2002), pages 43-44 (“In just a day enough wild turkeys, eels, grouse, lobster, partridge, and [other] shellfish were gathered to guarantee a great feast … When it was time to eat, the menu was impressive: venison, goose, lobster, eel, oysters, clam chowder, parsnips, turnips, cucumbers, onions, carrots, cabbage, beets, radishes, and dried fruit that included gooseberries, strawberries, cherries, and plums  — [some of which] fruit was cooked inside dough to make a [fruit] pie”).]  Of course, THANKSGIVING meant thanking God for all of the physical and spiritual blessings He had given, so “before they began to eat, their spiritual leader offered a prayer to God who had so clearly and miraculously led them to this place.”  {Quoting Barbara Rainey, THANKSGIVING: A TIME TO REMEMBER, page 44.]

Yet it was another Pilgrim, Edward Winslow, who reported (within a letter dated December 11th of AD1621) on the specific activities at the Pilgrim’s historic Thanksgiving feast that season:

Our harvest being gotten in, our Governor sent four men on fowling (i.e., hunting wild birds, such as turkeys, quail, etc.), so that we might after a more special manner rejoice together, after we had gathered the fruit of our labors. They four in one day killed as much fowl as, with a little help beside, served the Company almost a week. At which time, amongst other recreations, we exercised our arms [i.e., used their firearms for target practice], many of the Indians coming amongst us, and amongst the rest their [i.e., the Wampanoag tribe’s] greatest king, Massasoit with some 90 men, whom for three days we entertained and feasted. And they went out and killed five deer which they brought to the plantation and bestowed on our Governor and upon the Captain [Miles Standish] and others.

[Quoting Edward Winslow, in Mourt’s Relation, pages 60 et seq., as quoted by Samuel Eliot Morison in Footnote 8 on page 90 of Governor Bradford’s trusty chronicle, Of Plimouth Plantation 1620-1647 (noted above). For more about the Pilgrims’ original Thanksgiving in Plymouth, see “Strangers and Pilgrims (and the American Turkey)”, posted at https://leesbird.com/2014/11/25/strangers-and-pilgrims/ .]

Sharing is a Christian virtue – and it was the Christian Pilgrims who reached out to their Indian neighbors, and invited them to share in the Pilgrims’ Thanksgiving feast. The Pilgrims knew well that the best life is not a life of selfishness. Rather, the opposite is true: it is more blessed to give than to receive. In fact, that life principle was given by the Lord Jesus Christ Himself, to the apostle Paul.

Yea, ye yourselves know, that these hands have ministered unto my necessities, and to them that were with me. I have shewed you all things, how that so laboring ye ought to support the weak, and to remember the words of the Lord Jesus, how He said, It is more blessed to give than to receive. (Acts 20:34-35)

Of course, it’s silly to forget – when celebrating Thanksgiving – the role of God Himself! In fact, God is the ultimate source of all of our food, regardless of which human creatures are involved (as agents) in preparing and/or delivering good food to eat.

Nevertheless He left not himself without witness, in that He did good, and He gave us rain from heaven, and fruitful seasons, filling our hearts with food and gladness. (Acts 14:17) 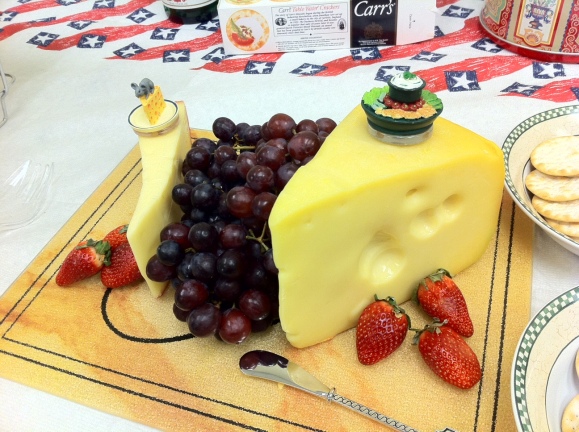 There you have the answer:  it was God, more than anyone else, Who supplied the food for the first Thanksgiving in Plymouth!  So, as we appreciate and enjoy the Thanksgiving season, let us keep our priorities in mind – thanking God (for Who He is and for how He has blessed us) and sharing our blessing with others.  ><>  JJSJ