God purposefully made the moon.

In a similar (yet much superior) way, God cleverly invented the moon’s gravitational traits, with the intention that the moon’s gravity limits various activities on Earth, via the moon’s complicated movements and their related gravitational attractions on the earth (in relation to interrelated and complicated motions of the sun and earth), from different directions at different times — resulting in an ongoing choreography of gravitational attractions between those heavenly bodies. The moon’s periodic movements, as the moon moves around the earth, in a regular cycle (called lunar phases), also affect how all plants grow and how all animals behave.

Examples of animal behavior being affected by moonlight (or its absence) include the timing of Pacific salmon going downstream to the ocean, the timing of Christmas Island red crabs going to the ocean to dump baby crabs into the water, and the tidewater movements that bring floating food particles unto filter-feeding oysters.  [For more about how the moon “rules”, see my article “The Moon Rules”, ACTS & FACTS,  44(9):21 (September 2015), posted at http://www.icr.org/article/moon-rules  .]

Thanks, God, for making the moon!

God purposefully made the sun, to rule the daytime. 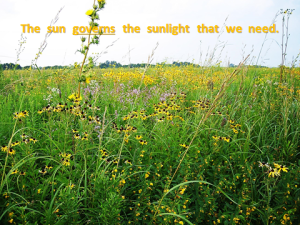 Also, God made the sun to “rule” the daytime, such as by providing daytime light and heat that is needed to for plants to live and to grow – and also by providing gravitational attraction so that the earth’s ocean tides move in ways that help life in the oceans and seas.   (For more about this, listen to my podcast, “The Created Sun and Moon”, posted  at http://www.icr.org/article/created-sun-moon-podcast  .)

If plants did not use sunlight to grow, and to be warm enough to live, plants could not grow in ways that are needed so that plants can be eaten as food (such as grains, roots, fruits, seeds). When plants use sunlight energy (especially in the chlorophyll parts of green leaves) to convert water (H2O) and carbon dioxide (CO2) into breathable oxygen (O2) and carbohydrates (CxHyOz), which they do all over most of the world, the result is plant food containing lots of usable energy. This process is called “photosynthesis”. 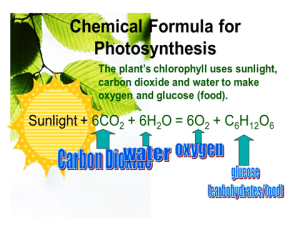 Accordingly, without sunlight there is no photosynthesis and thus no plant food for animals or for us. Likewise, if there was no photosynthesis, plants could not produce the kind of air (oxygen) that we (and animals) need to breathe. So, without sunlight we would not have enough healthy air for us to breathe. (The same is true for animals, because they need the same kind of air, to breathe, that we need.) God made the sun to help us in many ways; without the sun we could not live on earth.     Thanks, God:   You are great! 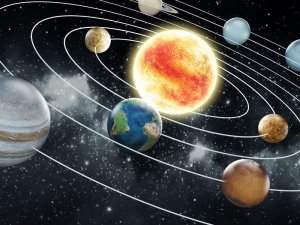