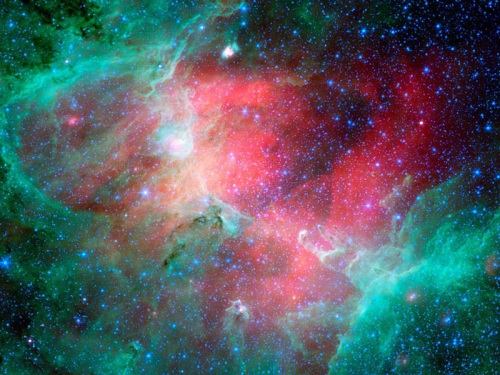 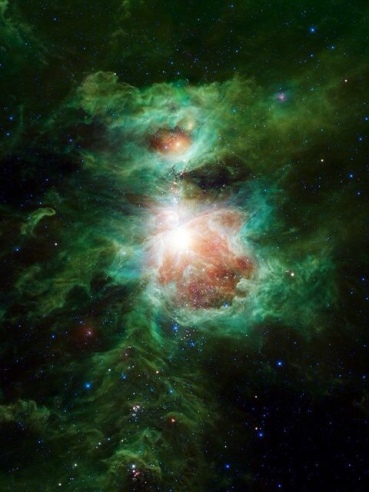 Sinful mankind, on repeated occasions, has idolatrously worshiped the sun and/or moon and/or stars, rather than thanked God for making those heavenly objects for God’s glory and for mankind’s benefit. (See Genesis 11:4; Deuteronomy 4:19 & 17:3; Psalm 19:1 & 148:3; 2nd Kings 21:3; 2nd Chronicles 33:3; Jeremiah 19:13; Zephaniah 1:5.)  “The heavens declare the glory of God” (Psalm 19:1a), yet those liars who refuse to give God credit for creating the cosmos, also dishonestly refuse to give God credit for the glory that they see displayed within the heavens.  Consequently, such impious observers (of the heavens) steal credit that is due God, and misapply that credit to the material components of the universe  —  thereby worshiping the creation instead of its Creator (Romans 1:25).  This idolatrous worship of the heavens began early in human history (see, e.g., Genesis 11:4; Job 31:26-27; Deuteronomy 4:19, etc.).

This idolatrous cosmogony continues to this day, especially in the form of the so-called “big bang” theory of cosmogony (a pseudo-science myth illustrating 1st Timothy 6:20, largely hatched as the “cosmic egg” theory by Roman Catholic priest Georges Lemaitre, professor at Catholic University of Leuven, Belgium), a Bible-rejecting myth that pretends that the universe is accidently self-made.  The ultimate result of this modern mythology is that “big bang” proponents (as they reject the perspicuous truth of Genesis) irrationally admire and adore the material universe itself, for (supposedly) “creating” itself, instead of rationally admiring and adoring the great and glorious God Who actually created (and sustains) the vast heavens in all of its component glories (1st Corinthians 15:40-41).  Yet the heavens themselves declare God’s glory!